Now in development for TV! The Wheel of Time turns and Ages come and go, leaving memories that become legend. Legend fades to myth, and even myth is long forgotten when the Age that gave it birth returns again. What was, what will be, and what is, may yet fall under the Shadow. Brandon Sanderson, New York Times bestselling author of the Mistborn books, and now Stormlight Archive, among others, was chosen by Jordan's editor--his wife, Harriet McDougal--to complete the final volume, later expanded to three books.

In this epic novel, Robert Jordan's international bestselling series begins its dramatic conclusion. Rand al'Thor, the Dragon Reborn, struggles to unite a fractured network of kingdoms and alliances in preparation for the Last Battle.

As he attempts to halt the Seanchan encroachment northward--wishing he could form at least a temporary truce with the invaders--his allies watch in terror the shadow that seems to be growing within the heart of the Dragon Reborn himself. Egwene al'Vere, the Amyrlin Seat of the rebel Aes Sedai, is a captive of the White Tower and subject to the whims of their tyrannical leader. As days tick toward the Seanchan attack she knows is imminent, Egwene works to hold together the disparate factions of Aes Sedai while providing leadership in the face of increasing uncertainty and despair.

Her fight will prove the mettle of the Aes Sedai, and her conflict will decide the future of the White Tower--and possibly the world itself.

The Eye of the World

Rafe Judkins is attached to write and executive produce. Two books in a row now where the plot moves!

The Wheel of Time: the Robert Jordan Story 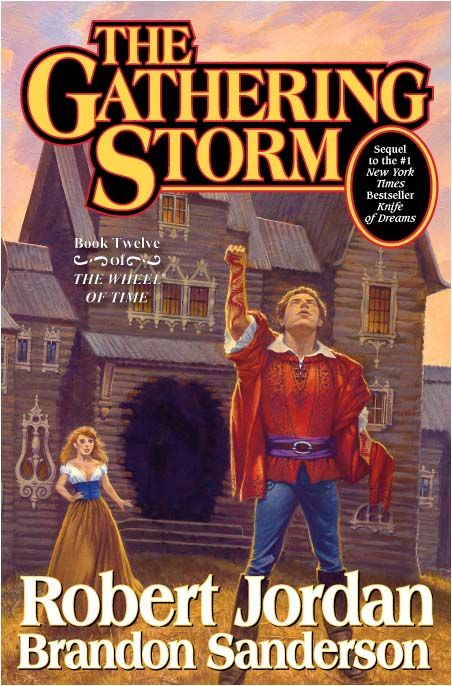 With all due respect to Robert Jordan, Brandon Sanderson taking over this series was definitely a good thing. He was able to get it back on track with clear direction and little filler, something that hasn't been present since around book 6.

He taught himself to read when he was four with the incidental aid of a twelve-years-older brother, and was tackling Mark Twain and Jules Verne by five.

He served two tours in Vietnam with the U. Army; among his decorations are the Distinguished Flying Cross with bronze oak leaf cluster, the Bronze Star with "V" and bronze oak leaf cluster, and two Vietnamese Gallantry Crosses with palm. A history buff, he has also written dance and theater criticism and enjoyed the outdoor sports of hunting, fishing, and sailing, and the indoor sports of poker, chess, pool, and pipe collecting.

Robert Jordan began writing in and went on to write The Wheel of Time Rone of the most important and best selling series in the history of fantasy publishing with over 14 million copies sold in North America, and countless more sold abroad.

Robert Jordan died on September 16,after a courageous battle with the rare blood disease amyloidosis. He lives in Utah with his wife and children and teaches creative writing at Brigham Young University. Tarmon Gai'don, the Last Battle, looms. And mankind is not ready. Bibliografische gegevens.