Seo-hwa's first "patron" is Jo Gwan-woong Lee Sung-jaethe man who betrayed and killed her father. Before Jo Gwan-woong arrives, Dam swaps clothes with Seo-hwa so that she can run away, chased by Gwan-woong's men.

Gu Wol-ryung Choi Jin-hyuka mystical forest protector and gumihofinds Seo-hwa unconscious and, as he had fallen in love with her, protects her. When Seo-hwa wakes up, she too falls in love with him and marries him after he tells her that both Dam and Jung-yoon were able to run away and are safe.

In actuality, Jung-yoon has been hanged, whereas Dam has committed suicide. Wol-ryung, unable to tell her the truth, lied to her and did not tell her that he is a gumiho. Wol-ryung decides to become human in order to be with Seo-hwa.

To do so, he must live days without showing his true form to a human, without taking a life, and must help anyone that needs aid. But if he fails, he'll lose any chance of ever becoming human, and will become a demon for the next thousand years.

Wol-ryung successfully lives most of these days following these rules, but one day, Gwan-woong's men find Seo-hwa alone in the forest. Wol-ryung rushes to help her and reveals his true form, massacring the soldiers. Seo-hwa, horrified, leaves him, and he is later killed by the righteous soldier Dam Pyeong-joon Jo Sung-hawho had been told that the gumiho was murdering innocents. Seo-hwa soon discovers that she is with Wol-ryung's child and gives birth to a son.

Realizing that the baby isn't a monster and regretting her betrayal to Wol-ryung, Seo-hwa entrusts the baby in the care of a monk, So-jung Kim Hee-won.

She then confronts Gwan-woong, but is killed. Kang-chi is notorious in the village as a troublemaker, but he is good-hearted and loyal, and beloved by the servants at the Hundred Year Inn, which the Park family runs. However, Jo Gwan-woong returns to the village. He believes the wealthy Lord Park has hidden treasure inside the inn and, in his scheme to take over it, Lord Park is killed defending Kang-chi.

Gwan-woong throws Tae-seo and his mother in jail, and Chung-jo is sold as a gisaeng and convinced to use her beauty and wile to someday gain power and revenge.

After Kang-chi promises Lady Yoon that he will take care of the Park siblings, she makes a futile attempt to stab Gwan-woong and is killed. Meanwhile, Gwan-woong becomes intrigued by Kang-chi and his seemingly superhuman strength. In the meantime, Dam Yeo-wool Bae Suzy and Gon Sung Joon had been dispatched to the village by her father, now martial arts master Dam Pyeong-joon, to investigate a series of murders they suspect Gwan-woong is responsible for.

Yeo-wool witnesses the events that befall the Park family, and instinctively helps Kang-chi when he is hunted by Gwan-woong's soldiers. During a fight, a soldier slices off Kang-chi's beaded bracelet, which was used to contain his powers. Kang-chi transforms into a half-human half-beast and easily defeats his enemies.

So-jung later tells Kang-chi the truth about his origins, including the mystical and elusive Gu Family Book, which holds the secret to becoming fully human. Kang-chi is taken under the wing of Yi Sun-sin Yoo Dong-geuna naval commander. Yi Sun-sin, Master Dam, and the late Lord Park were part of a secret group protecting the Joseon nation against foreign invasions.

Yi places Kang-chi in the martial arts school run by Master Dam, there he is trained physically and mentally and learns to control his transformations. After discovering that under the man clothes there's a girl, Kang-chi gradually falls in love with Yeo-wool, and vice versa. But several obstacles remain in their way: the continuing villainy of Gwan-woong; the knowledge that it was Yeo-wool's father who killed Kang-chi's father; the reappearance of Wol-ryung who has turned into a soul-sucking demon with no memories who can only be killed by his son; and Sojung's warning that Yeo-wool is fated to die if she stays by the side of the man she meets beneath the blossoming peach tree under a crescent moon, which is none other than Kang-chi himself. 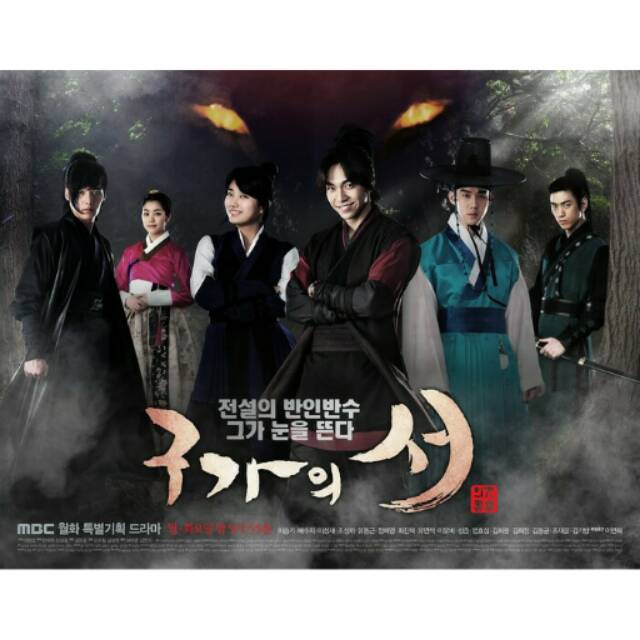 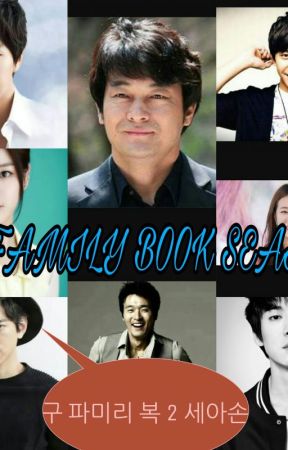